Throughout the 10 years of TradingView's history, a select few passionate traders and creative programmers have made outstanding contributions to the community through their work with Pine Script™, the language used to create indicators and strategies on TradingView.

This page honors the truly great community members whose script publications have had the most impact on TradingViewers. Meet our Pine Script™ Wizards, listed by their join date on TradingView.

From all of us in the TradingView community, thank you, Wizards!

From math gurus who'll make your head spin and experienced traders who build practical day-to-day trading tools, to hardcore programmers who are breaking new ground and full-time traders who still manage to find time to help the community, these gifted individuals do it all.

Chris came to TradingView as a seasoned trader, bringing a wealth of practical experience and wisdom. He's adept at boiling concepts down to their most important components and then making them bright neon! He has written some of the most actionable indicators in the Community Scripts and the impact of his work can be felt throughout the community.

A "machine-like" release schedule makes HPotter one of the people who nearly everyone has borrowed code from at one time or another, he is one of the first prolific contributors on TradingView. Browsing his collection is an excellent way to familiarise yourself with some of the most effective and lesser-known technical analysis techniques, and the Pine Script™ language wouldn't be where it is today without him.

Madrid brings an interesting perspective with his scripts. He has a knack for transforming existing concepts into useful tools and packaging them in colourful graphics that really stand out. He has helped an immeasurable number of traders and coders.

With a zen-like approach to the markets, glaz has turned out some excellent scripts with simple and effective outputs using a no-nonsense approach. He has also contributed a lot of time to helping people who are trying to learn in the Pine Script™ chat room, a real gent.

With an absolutely enormous library of contributions, LazyBear is considered by some to be the foundation of the Pine Script™ language. His thirst for finding obscure technical analysis techniques and taming them with Pine Script™ is truly something unique!

Responsible for lots of innovative scripts, he consistently produces interesting approaches to trading challenges, while engaging and helping community members and employing their suggestions, and is certainly not one to rest on his laurels.

A producer of visually clean, easy to understand indicators that are practical and also regularly updated with improvements, this wizard releases consistently high-quality scripts with interesting visuals and clever concepts. His Sniper series of indicators is legendary.

Ricardo is the don of script publishing and truly bends the reality of Pine Script™ like Neo bends spoons in the Matrix. His contributions are incredibly valuable and he has been a huge part of moving Pine Script™ forward and pushing its limits. A true asset to the community.

An amazing source of practical trading tools, with some of the cleanest and easiest-to-learn-from code in the whole Community Scripts, and most of it works straight out of the box with little or no explaining. His contributions have been a huge boon to TradingView users and we look forward to seeing what he does next.

Wielding a highly logical brain and the heart of a poet, alexgrover is close in execution to the legendary John Ehlers, and is perhaps as much of a mathematician as he is a coder. His work continues to be of an impressive quality and his descriptions alone are worth a read. He's often found helping newcomers with Pine Script™.

everget creates excellent, specialist indicators that are both free and paid, and he's turned his hand to almost everything. If you're thinking about building something exotic and clever, check his published scripts and you can be sure he's done it already, or will no doubt inspire you with a new twist.

An expert in building practical tools for day-to-day trading, scarf has been steadily releasing highly useful scripts with a new spin on long-proven techniques, He's particularly strong when it comes to automation and alert systems and is the go-to guy for an encyclopedic knowledge of TA techniques. scarf is also generous with his time helping other Pine Script™ coders.

Purveyor of the excellent BacktestRookies.com, which is packed full of practical, actionable insights and has helped thousands of users learn how to test strategies and improve their indicators. A strong, community-focused force in Pine Script™! 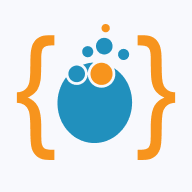 Kodify is the brains behind the excellent kodify.net, which is the closest thing the world has to a Pine Script™ for Dummies book, and is at least partially responsible for the surge in Pine Script™ interest and expertise. It was significantly more difficult to learn Pine Script™ before he came along and we salute him!

KivancOzbilgic is a leader of the Turkish community on TradingView and a tireless educator who provides practical indicators and strategies. His prolific production is soundly rooted in time-proven trading techniques, yet he often adds an ingenious new twist to improve them.

LonesomeTheBlue has taken TradingViewers by storm with his creative trading tools. He is a powerhouse of elegant code. When he's not inventing something new, he's busy putting classic trading concepts on steroids. He is a kind and helpful fella, an experienced programmer, and an inspiration to many budding coders.

ImmortalFreedom is an ace coder who publishes impeccably tweaked gems that maximize what he likes to call the "power of Pine Script™". He is a math acrobat who also produces great indicator visuals. A true gentleman and a powerful innovator, he is comfortable working behind the scenes, contributing to the new Pine Script™ features that make life easier for all Pine Script™ coders.

His "Trendlines" script is a legend in the Community Scripts, but Duyck has a myriad of other, clever indicators. Any script publication with "JD" in the title is generally a winner, so it's no wonder that Duyck has become a reference for both traders and coders. He is a considerate man, a diligent coder, and among our most creative thinkers.

For any math-oriented trader, opening the profile page of DonovanWall is like visiting a fine art gallery. A brilliant educator, he manages to wrap complex concepts in a clear, creative, and visually stunning form. The quality of his script publications sets the standard for other authors, yet they are just the tip of the iceberg. DonovanWall is also one of the major behind-the-scenes contributors to our community of programmers and traders on TradingView.

In the minds of many TradingView users, concepts such as Fibonacci retracement, Gann fan and pitchfork indicator have come to be firmly associated with the name of dgtrd. The passion and creativity that he puts into his work are truly amazing. It's no wonder that many of his tools are among the most widely-used on the platform.

It's no exaggeration to say that every script rumpypumpydumpy creates explores the boundaries of what Pine Script™ code is capable of. Whether it's an innovative variation of a traditional technical indicator or a completely original instrument, his work is a prime example of the highest-quality Pine scripts on TradingView. He also spends quite a bit of his time helping out other Pine Script™ programmers.