The Choppiness Index (CHOP) is an indicator designed to determine if the market is choppy (trading sideways) or not choppy (trading within a trend in either direction). The Choppiness Index is an example of an indicator that is not directional at all. CHOP is not meant to predict future market direction, it is a metric to be used to for defining the market's trendiness only. A basic understanding of the indicator would be; higher values equal more choppiness, while lower values indicate directional trending.

The Choppiness Index is an interesting metric which can be useful in identifying ranges or trends. What analysts need to be wary of, is identifying when a range or trend is likely to continue and when it is likely to reverse. The best way to accomplish this would be by combining CHOP with additional charting tools and analysis. For example, using CHOP in conjunction with trend lines and traditional pattern recognition. 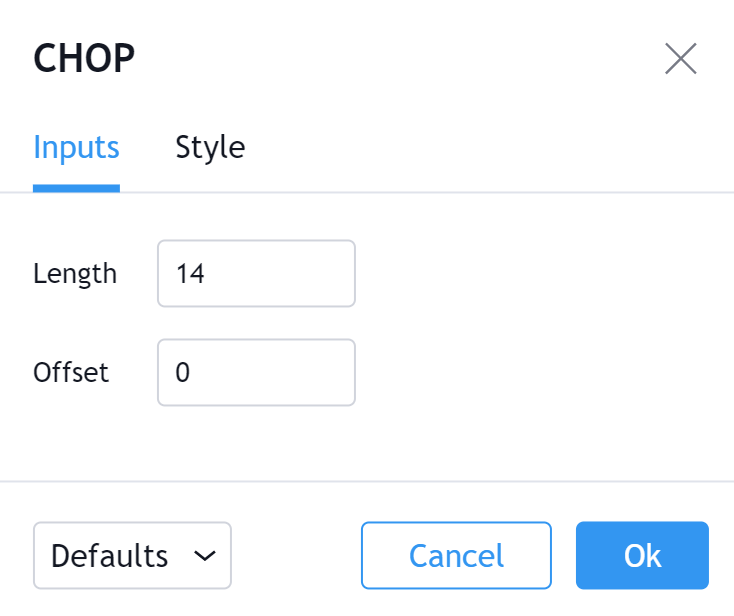 The time period to be used in calculating CHOP (14 is the Default).

Changing this number will move the CHOP either Forwards or Backwards relative to the current market. 0 is the default. 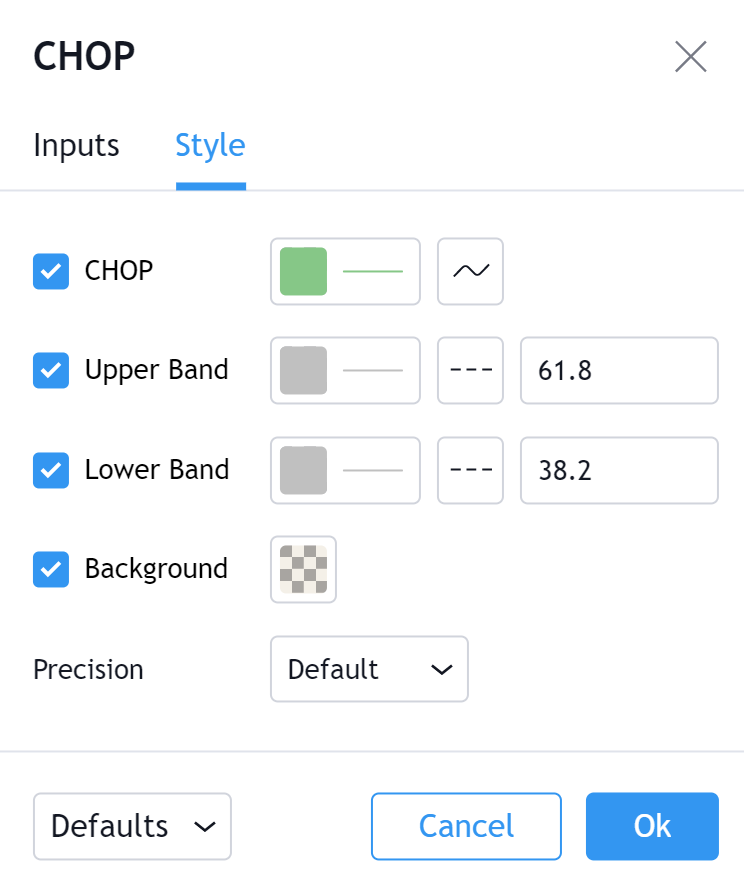 Can toggle the visibility of the Upper Band as well as select its value, color, line thickness and line style.

Can toggle the visibility of the Lower Band as well as select its value, color, line thickness and line style.