The basic idea behind the Keltner Channels indicator was introduced by Chester Keltner in his 1960 book How to Make Money in Commodities. Since then, his ideas have been expanded upon and simplified, most notably by Linda Bradford Raschke. Raschke popularized using an exponential moving average for the middle line and using Average True Range for the envelopes.

For this example we will use a 20 Period EMA with Envelopes using Average True Range and a multiplier of 2:

As previously mentioned, during a clearly defined trend, breakthrough above or below the envelopes can be a sign of underlying strength of the trend.

During a Bullish Trend, a breakthrough above the upper envelope can be seen as a sign of strength and the uptrend is likely to continue.

During a Bearish Trend, a breakthrough below the lower envelope can be seen as a sign of strength and the downtrend is likely to continue.

When a market is choppy or trading sideways, Keltner Channels can be useful for identifying overbought and oversold conditions. These conditions can typically lead to price corrections where price moves back towards the moving average (Middle Line).

In terms of trend identification and determining overbought and oversold levels, the Keltner Channels indicator does this effectively. It is one of a number of banded indicators that accomplishes this task, just in its own way. While Keltner Channels can be used independently, it is best to use them with additional technical analysis tools. Historical analysis may also be helpful when trying to determine the correct parameters when setting up the indicator. Different securities may require a different multiplier to adjust the width of the bands or envelopes. 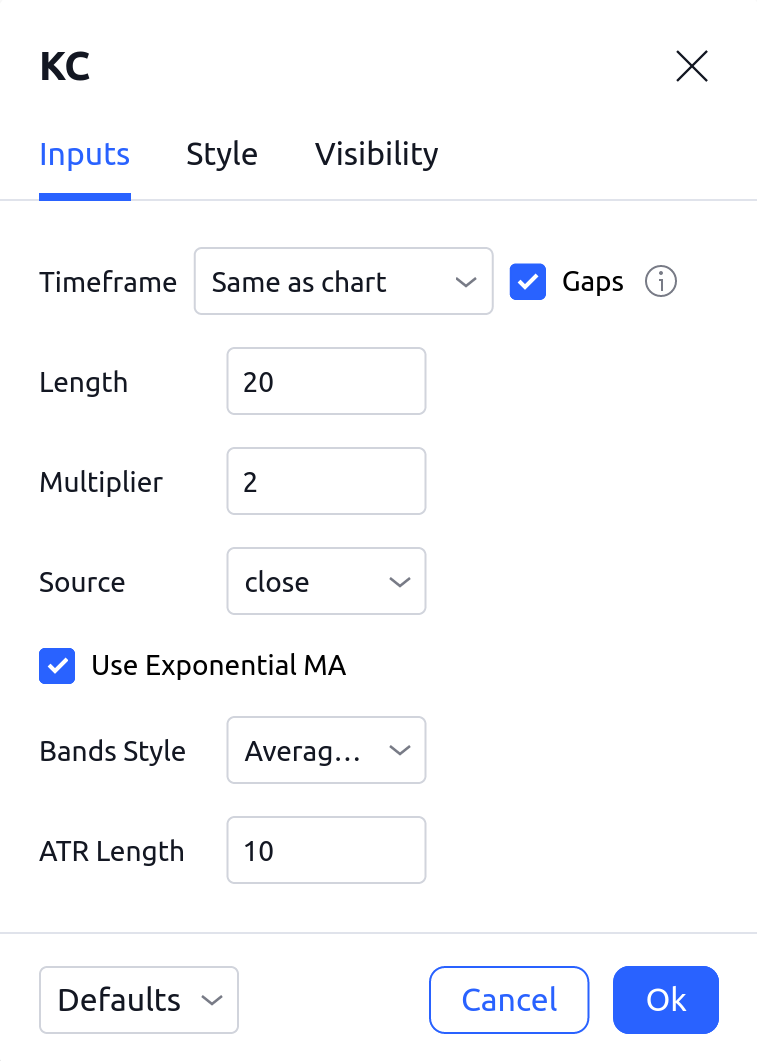 Specifies the timeframe that the indicator is calculated on. This option allows calculating KC based on a data from another timeframe, e.g. having KC calculated on 1H chart be displayed on a 5m chart.

The time period to be used in calculating the MA which creates the base for the Upper and Lower Envelopes (20 is the default).

The multiplier to be applied to the bands.

Determines if a simple or exponential moving average will be used for the basis.

Determines if high/low range or average true range will be used for the bands.

The time period to be used in calculating the Average True Range. 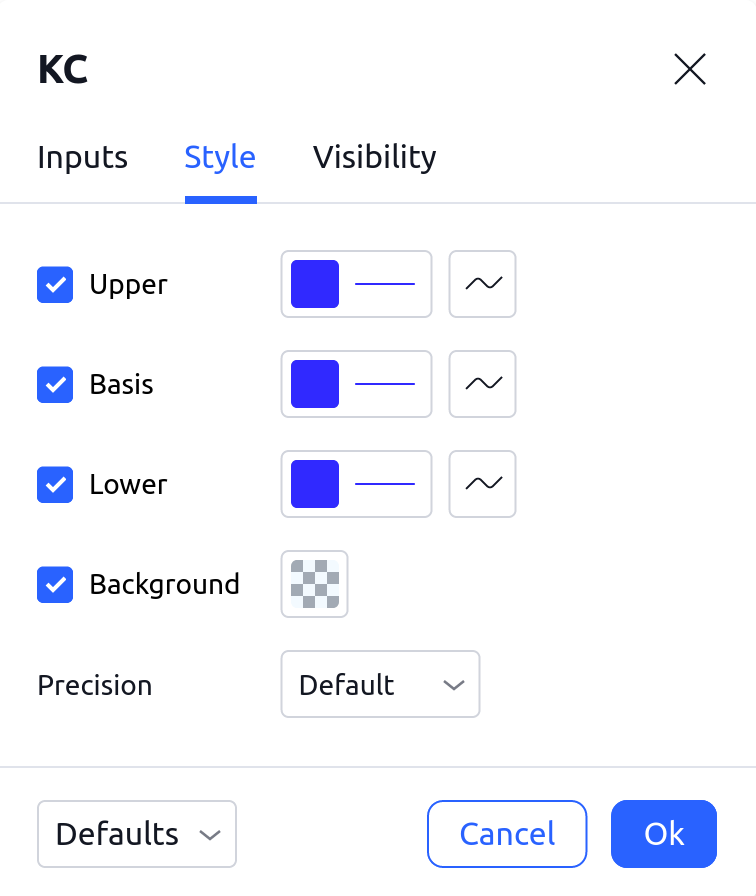